A decentralized exchange (also known as a DEX) is a peer-to-peer marketplace where crypto traders can transact directly with each other. DEX enables one of the most fundamental functions of crypto: facilitating financial transactions that are not mediated by banks, brokers, payment processors, or any other third parties. The most popular DEXs, such as Uniswap and Sushiswap, are based on the Ethereum blockchain and are part of a growing suite of decentralized finance (Defi) tools that allow users to access a wide range of financial services directly from a compatible crypto wallet. 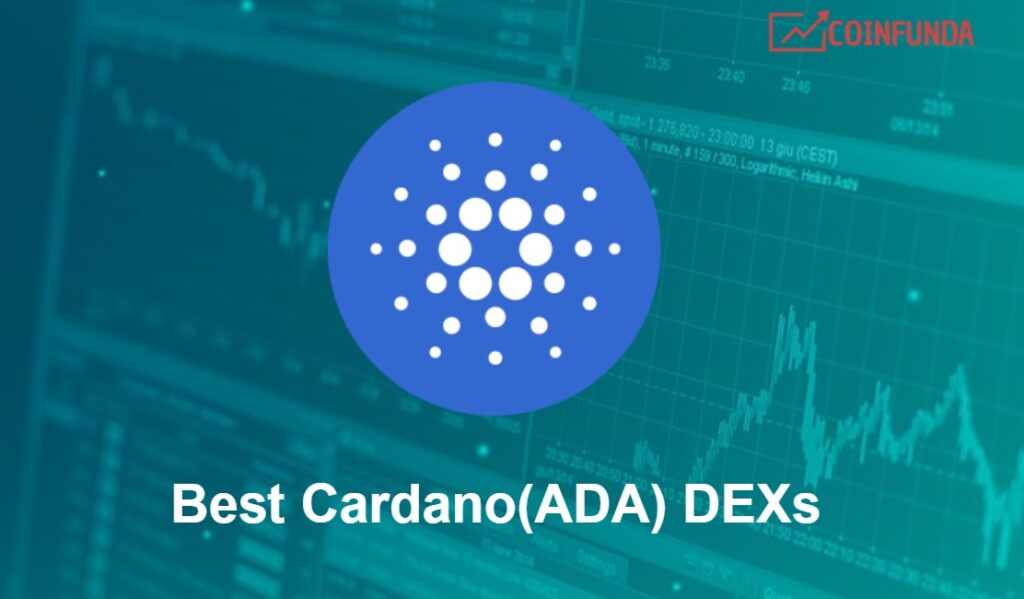 Unlike centralized exchanges such as Coinbase, DEXs do not allow fiat-to-crypto conversions; Instead, they swap crypto tokens for crypto coins. You can trade fiat to crypto (and vice versa) or crypto-crypto pairs (for example, some of your bitcoins to ETH) using a centralized exchange (or CEX). More complex functions, such as setting margin trades or limit orders, are often available.

Along with Bitcoin and Ethereum, cryptocurrencies have created a lot of buzz in the investment world. Cardano, on the other hand, is a newcomer who is giving big cryptocurrencies a run for their money. Cardano’s digital token, ADA, is now the sixth-largest cryptocurrency in the world. After the increase in price, it hit a new high of $3 in September and is now trading at $1.38. Despite the massive increase, Cardano’s price remained below $2 for most of the year. But it is not clear what the future holds for 2022. As a result, we try to figure out how likely ADA is to reach new heights in a future year and what will cause it to do so.

Cardano has gained traction over the past year as the best ‘Ethereum killer’. Based on past price action, ADA has been a good investment for new and existing investors. Cardano’s price is down 10.98 percent over the past seven days, while Bitcoin and Ethereum are down 12.64 percent and 3.69 percent, respectively. However, before investing you should first understand Cardano’s long-term performance and price predictions. On the other hand, you should be aware of the aspects that will determine its future value. No one knows if cryptocurrency will be a good investment. If you believe in the long-term potential of ADA, be prepared to stick with your investment through the ups and downs. Cardano, like many other digital tokens, is not a viable investment in the short term. While ADA is the latest buzzword in the cryptocurrency world.

According to research, the number of unique addresses for ADA coins has increased by about 7% in the last 30 days. This comes after the digital token crossed the 1 million transaction mark in the last month. Cardano is gaining traction like never before, with new features and increased usage. At the heart of its PoS system are 3,100 stake polls administered by operators in charge of the network’s scattered nodes. With the launch of a new peer-to-peer (P2P) testnet, Cardano’s parent company, IOHK, has also embarked on a new effort to support its continued quest toward complete decentralization.

ErgoDex is based on the Ergo blockchain, a non-interactive proof-of-work (NIPOPOW) blockchain, with the native token Ergo (ERG). Ergo Network aims to create a secure and functional decentralized monetary system for all. The exchange combines contracts from the AMM DEX with order contracts from the order book DEX using the EUTXO ledger mechanism. Prior to ErgoDEX, it was not possible to combine liquidity from the two forms of decentralized exchanges on Cardano.

SundaeSwap is one of the most famous Cardano-based decentralized exchanges with a huge following on social media. The platform is powered by the native SundaeSwap Coin, or SUNDAE. The SundaeSwap testnet was launched in December 2021 and shows how the project will work. SundaeSwap is a Cardano SundaesWap DEX, a native, scalable decentralized exchange and automated liquidity provisioning protocol. The SUNDAE token will be used for governance, profit sharing and cost reduction in terms of its utility. There is a lot of SundaeSwap news going around at the moment, but first, let’s get to know the people behind this project.

SundaeSwap has not yet reached the peak of its popularity. As a perspective, the value of the SUNDAE token could rise to a level far higher than it was at launch. SUNDAE token holders will earn a percentage of platform revenue based on the number of tokens they own, and SUNDAE token holders will be granted governance powers once the voting mechanism is in place, allowing them to jointly decide the future of the protocol.

Cardax is a decentralized exchange based on the Cardano ecosystem. Extended Automated Market Maker (EAMM) is a crypto exchange that uses a newer version of Automated Market Maker (AMM) (EAMM). The DEX has some unique design options that make it worth a look. Cardax is looking to provide liquidity to local token issuance projects on Cardano, according to its white paper. It is similar to other DEXs, but because it is Cardano, there is some more discussion about its progress. Furthermore, the fact that it has a unique design as an EAMM protocol makes it attractive.

Cardax employs an improved version of the AMM protocol known as Extended Automated Market Maker (EAMM). The EAMM protocol overcomes some of the shortcomings of traditional AMM. This gives buyers pricing power when new token pairs are created. Manufacturers are not used in the price discovery mechanism. Cardax, like other AMMs, allows anyone to create a liquidity pool. According to Cardax, one problem with AMM is the high entry barrier. To begin building their Cardano native token, teams must provide liquidity for two assets. He says that due to the lack of ADA, it may be difficult for small projects to get off the ground. He believes that putting the value power in the hands of the takers is one way to help these teams.

ADAX is a permissionless liquidity protocol on the Cardano blockchain that is decentralized and non-custodial. It offers a market maker model which is automated (AMM). It is one of the most popular decentralized finance (DeFi) protocols on the Cardano network. The Cardano community is very excited about the ADAX Liquidity Protocol. The ADAX DEX had an oversubscribed private selling round and a highly successful Initial Exchange Offering (IEO) on ExMarkets. 14 million ADAX tokens were sold in the IEO for every 0.30 USDT. In addition, the ADAX team forged relationships with Charlie3 and BlackDragon. It has also been endorsed by some major crypto stakeholders including Roger Ver and Mate Toki (co-founders of bitcoin.com).

Since ADAX is based on the AMM model, it does not require an order book. According to the team, their liquidity pool model minimizes temporary losses. The fact that all ADAX exchange fees go directly to the liquidity pool is another essential feature of the ADAX exchange. There is no charge for using the network.

Occam.fi is a set of DeFi solutions specifically designed for Cardano. Occam.fi is the first and foremost addition to Cardano’s rapidly growing DeFi ecosystem, with market-leading launchpad capabilities, DEX tools, and liquidity pools. Cardano’s IDO platform for well-known projects. OccamRazer is the most successful component of the ecosystem and a great way to raise funds. Since the launch of the Cardano mainnet, Occam Finance has been working on a competitive AMM-based DEX, leveraging the technical advantages of Cardano. A community-governed decentralized autonomous unit. OccamDAO gives its token holders an overview of how the ecosystem is run.

OccamRazer uses the IDO mechanism to raise funds from investors for cutting-edge technologies. It makes the most of decentralization and transparency. Token holders can earn money on the platform by providing liquidity to help the project’s tokens gain liquidity. According to the team, its protocol is suitable for any project size, be it large or small. Following the launch of the Cardano mainnet, Occam Finance’s next products will be OccamX and OccamDAO. OccamRazer, in conjunction with those two products, will provide the ideal DeFi ecosystem within Cardano.