Elon Musk is making a move on free speech.

@elonmusk is the Largest Shareholder Of Twitter Now #Dogecoin pic.twitter.com/bNSOtGkMPS

Elon Musk purchased a 9.2% stake in Twitter, making him the biggest shareholder in social media giant. The move follows Musk’s very public complaints that free speech is being censored.

Back on March 25th, Musk ran a Twitter poll asking, “Free speech is essential to a functioning democracy. Do you believe Twitter rigorously adheres to this principle?”

Ominously Musk added, “The consequences of this poll will be important. Please vote carefully.” 70% of self-selecting respondents answered, “No.” Surprisingly, no one tweeted at the results saying, “Probably nothing.”

Dogecoin Is Involved For Some Reason

Elon Musk buying free speech — or whatever his personal definition of it is — naturally raised the question: how is Dogecoin going to get involved?

Musk is famous for shoehorning in his love for the OG meme coin in whenever he can. Most recently, he made Tesla merch purchasable via the proof-of-work coin. Its initial launch sold out very quickly.

Considering the Tesla CEO’s affinity for the dog coin, it’s no surprise the price skyrocketed on the news. That is, it’s no surprise people would take the news to take out some longs without really knowing anything about how Dogecoin is involved in anyway shape or form. 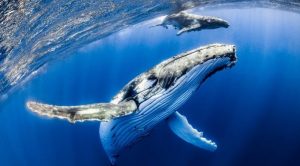 Dogecoin was initially conceived as part joke/part tipping coin, but its current transaction speeds don’t really translate well to a big platform like Twitter. Though, Dogecoin does have some plans to integrate with Ethereum, which could open up speedy layer-2 possibilities.

But again, no concrete plans have been divulged by Musk.