How and Why Did German Authorities Just Seize 543 Bitcoin?

Despite what you may hear, your Bitcoin is not bulletproof from seizure.

The world’s largest darknet market (DNM) has been shut down by German authorities. The servers of Hydra Market, “the most prominent Russian darknet platform for selling drugs and money laundering, have been seized by the German police.” In the seizure, the police were somehow able to nab 543 bitcoin from the “profits of Hydra.” This is worth around ~$25 million at press time.

The largest DNM in the world, and one of the few large markets that was #Bitcoin-only, was shut down today by German/US LE.

No clear details on how the admins (and thus servers) were tracked down so far, but all $BTC was confiscated. https://t.co/QdfJuYXDgR

The size of this market was massive, with around 17 million customers worldwide. As noted above, this market was “bitcoin only”, meaning no other currency was accepted. This is pure folly by the operators of the market, as bitcoin can be tracked easily, see here. In an announcement from the German authorities, they estimate that the market was pulling in billions of dollars per year, with a turnover of $1.35 billion in 2020.

The products on the market ranged from drugs to documents, and even data. The products were mainly advertised in Russia, Ukraine, Belarus, and Kazakhstan. Notably, Hydra market offered a fiat off-ramp service, which was actually used to launder funds from the 2016 Bitfinex hack, according to Elliptic. Hydra was really the only major game in town, as seen below. Most others have been shut down since 2018. 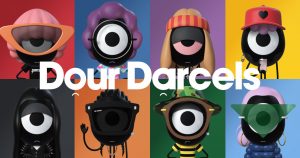 It is very plausible that the crypto-cash-out service used to get fiat was a high-value target as the west seeks to make sanctions airtight. Considering Hydra was operating as the only viable dark net option, criminal activity conducted online is likely to decrease significantly. What’s worse, for those who bought and sold, the data on the seized servers and equipment means they may not sleep well at night.

According to privacy expert and Monero dev Seth For Privacy, this seizure is “absolutely massive.” The reasons were the size of the market, the mixing of the bitcoin, and that Hydra acted as a custodial exchange. So not only were they accepting bitcoin, they were actually using a mixer to taint the coins and obfuscate their origins. You can read more on mixing, here.

Yeah, this one is absolutely massive for many reason:

So all of the details of each sale, each “mix”, and each trade will all likely be in LE hands now.

This means if you were to hold one of these bitcoin now, you could be probed criminally. It is like having a dollar with cocaine residue on it, but obviously much worse. The on-chain details show that the 543 BTC in Hydra’s wallet has been emptied out today, 4/5/2022, at 2:24 am. Whether these are mixed bitcoin themselves isn’t clear. The mixing service was used for buyers and sellers it seems.

The 543 BTC in Hydra’s wallet has been emptied over a series of 88txs to the following address.https://t.co/yvDL9OmS9J https://t.co/TrSwWOmBRY pic.twitter.com/A5k8Z8i6Rr

Incredibly, Hydra market operated a “bitcoin bank mixer“, which, as mentioned above taints the coins and leaves them with an onerous trace that could involve crime. This is because, unlike the dollar, bitcoin is not fungible. If certain dollars are used to commit a crime and you now hold them, it matters not. Authorities don’t try to find “which exact bills” were used.

According to reports, the bitcoin addresses used in the billions of dollars worth of transactions have now been added to OFAC, which is a “blacklist” of BTC addresses maintained by the US Treasury. They will attempt to attach these addresses to a name, through on-chain data, and certainly could be knocking at the doors in no time. It appears, as seen below, that they are already doing so.

It appears that Blender, the mixer behind Hydra, has been “blending” in with the popular mixing service, Wasabi (Coinjoin) for “some time.” This has fooled the analysts looking to find out who the mixer was. In fact, in 2020, Samourai Wallet, which uses Wasabi, made it clear they were aware of this mixer as far back as 2020. Wasabi announced in March they would not accept mixing from “blacklisted UTXOs“, meaning BTC addresses.

So just how did German authorities “get” the private keys to access and seize the bitcoin? Oddly, Hydra had all the 543 BTC in one wallet, and thus either gave the private key to the authorities, or it was seized from the servers. Seth For Privacy believes it is likely the keys were stored on the seized servers/equipment.

Seems they got the admins of the servers, but it’s not really clear yet.

I would assume so, though.

Of course, we must include that we do not condone any criminal activity, nor posit that bitcoin is “widely” used for such purposes. In fact, bitcoin is not a smart choice for privately transacting. The operators of the market must have become confident in their ability to mix coins, and overhauling the system to accept more private options may have seemed impractical.

We will keep you updated on this story.