Invest in ALICE, GALA, & ATA Coin Presale to Get Rich Off P2E Games

The popularity of P2E gaming has risen since the pandemic & within two years, it has managed to transform many lives. Some have utilized P2E gaming to maintain a stable form of income throughout economic crises. In contrast, others have simply been lucky enough to capitalize on the immense returns of Decentraland (MANA), Axie Infinity (AXS), or The Sandbox (SAND).

Although last year was massively fortunate for P2E investors, 2022 continues to look bullish for the sector. New all-time highs from 2021 hits are expected, and newer P2E games will likely explode and make another set of investors overnight millionaires. Moreover, with P2E games rapidly evolving, more players are migrating from traditional gaming to P2E as “playing without gains is no different from playing for loss”.

We’ve compiled a list of three P2E games that analysts have predicted will soon take off. Featuring a mix of old and new, we’ve got two of the classics, MyNeighborAlice (ALICE) and Gala (GALA), alongside newcomer Autometa Coin (ATA), which has just gone into presale. Keep reading to find out why they’re such exciting developments to the market. 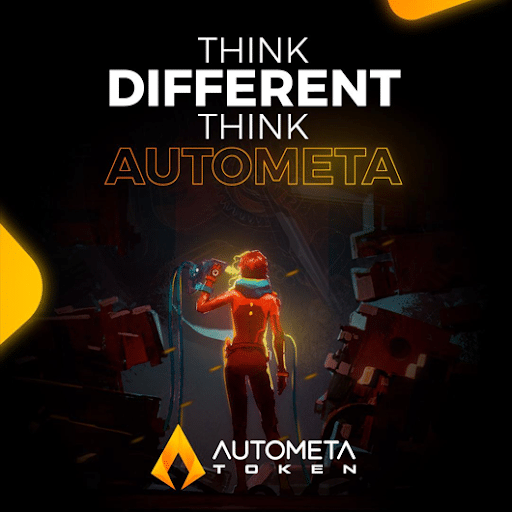 MyNeighborAlice (ALICE) is a Chromia-based P2E building game with an agricultural theme. “Players can buy and possess virtual islands, collect and develop amazing stuff while also making new friends,” according to its website description. Each player has their avatar in the game, which they can customize to their liking.

MyNeighborAlice (ALICE) aspires to be unique in two ways. For starters, the game’s distinctive aesthetic, which incorporates Alice as a relatable “in-game companion” makes it more approachable for casual gamers unfamiliar with traditional Blockchain gaming features. Furthermore, the game doesn’t need players to interact with the underlying Blockchain technology, while it allows those interested in doing so.

On the game’s islands, players can purchase virtual land in the form of NFTs and adorn it with in-game things such as houses, lakes, decorations, animals, plants, and more. Avatars are how players are depicted within the game and can likewise be customized with in-game items, and they can be traded on the marketplace or other Blockchain markets.

The MyNeighborAlice (ALICE) developers recently announced a $80 million Metaverse Grant Program to fund the expansion of the game’s metaverse. This development is likely to raise the price of ALICE.

Gala (GALA) aims to challenge the idea that players can invest lots of time and money into a game while still being able to lose it if the developer takes the site down. Instead, Gala (GALA) intends to revolutionize gaming by using Blockchain technology to give players full ownership over the games and in-game assets.

Within the Gala (GALA) ecosystem, players can buy NFTs & have a say over the game’s governance. The Founder’s Nodes voting system lets gamers have a say in the games Gala develops & funds. Currently, Gala (GALA) only has one playable game and one NFT collection but has future plans to develop other games, including a fantasy RPG, a sci-fi strategy game, and a tower defense game. The upcoming releases of these are expected to push up the price of GALA.

Gala (GALA) is not a single game but a collection of Blockchain games. The game’s sole currently playable version, Town Star, is a browser-based town simulation. Town Star is similar to SimCity in that players manage a town, except they actually own it on the Blockchain. Furthermore, Gala’s (GALA) network is supported by Nodes, which the users can run. They are given GALA tokens, limited edition NFTs, and other rewards in exchange.

The price of GALA is currently $0.264615, which is slightly lower than usual. However, potential investors should remind themselves of the market’s volatility and consider buying the dip to maximize their returns.

Autometa (ATA) hasn’t launched yet but is already generating buzz in the crypto market thanks to its seemingly limitless reward system and game design. Autometa (ATA) is a speculative historical fiction game that utilizes Blockchain technology to bridge players and game developers together.

Set in the pre-industrial revolution, the game is set in the town of Disrova. A scientist named Da Vinci has been working on a weird clockwork device that is capable of incredible feats. Instead of making something magnificent, the machine went haywire and exploded. As a result, the town’s citizens lost their memories and became mindless drones trying to control the world.

Players control Jack as he navigates Disrova, which has been overtaken by clockwork robots similar to the ones he saw at Da Vinci’s studio. He needs to find his family while also figuring out why this all happened. To protect Disrova, Jack must use various weapons and abilities to defeat even the most deadly opponents. For each level he survives, he gets rewarded with ATA coins. Players get paid just for playing this new game sets it apart from the competition. Other benefits include:- Automated Token Reflection, Staking, A CashBack System, and more.