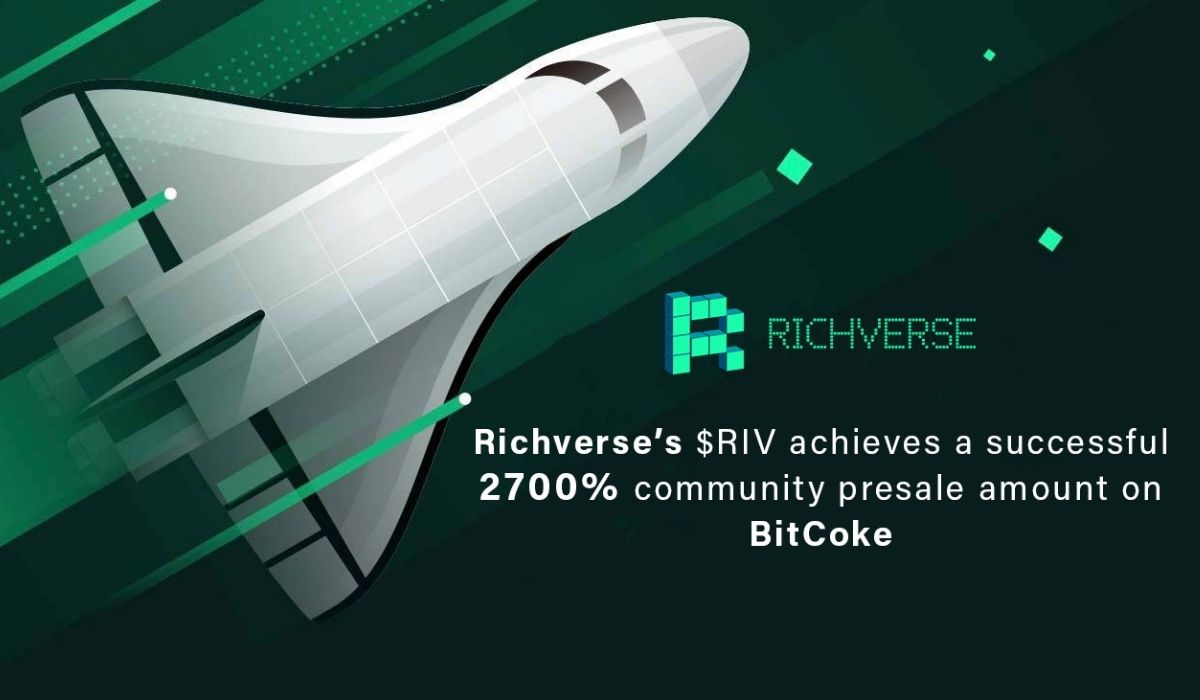 When we’re talking about cryptocurrencies for presale, the hypes rarely turn into any significant sales results. Richverse’s governance token $RIV has achieved the aforementioned milestone whilst in the very first week of its presale.

As of now, the total amount of tokens purchased during Richverse’s $RIV pre-IEO community public sale on BitCoke has exceeded 27 times more than anticipated, with sales of more than 910k USDT worth of RIV tokens, meaning that 2% of the total supply has been fully distributed.

The success of the $RIV presale is coupled with the growth in both BitCoke Exchange and Richverse’s expansion into the Web3 industry. With Richverse 1.0 project Genesis being its commitment and dedication to the future of the Web3 metaverse, it makes sense to see why the project has garnered the attention it has.

$RIV, as the governance token used for NFT assets, will issue a total amount of 200 billion. While continuously releasing $RIV tokens to the market, the team will ensure its long-term value. That’s why Richverse determines the amount of RIV tokens to release based on both the platform’s monthly revenue and an algorithm that floats within a set range.

More information on the $RIV token can be found here.

In the early stage, Richverse is developing two Web3 projects simultaneously, which are Genesis and Find Me.