Terra Founder Bets 8 Figures On The Success Of LUNA

Terra founder Do Kwon is putting up big money in a bet on his own protocol. Will LUNA rise to the top, or is Kwon just reaching max euphoria?

Terra (LUNA) is one of the strongest performing blockchains of 2022. However, it might just be a little too strong, as top traders are putting up huge bets against the protocol’s long-term success. Terra founder Do Kwon is heeding their words and putting his own money where his mouth is to prove the haters wrong. Will he ride off into the sunset next year, or is he throwing money into a fire that will burn up alongside his own creation?

RECOMMENDED: TERRA WANTS TO BECOME YOUR BANK ACCOUNT IN 2022

LUNA was trading at $88 on Monday when the prominent “wassie” trader Algod put up $1 million of his own money on the odds that Terra trades at a lower price one year from now. The bet was no problem for Do Kwon, though, as he quickly jumped on the opportunity to lock in the deal.

– @cobie receives 1M usdt from us each
– next year same day, if price of luna as reported by coingecko is higher than 88? He delivers the luna to me, if not, he gives it to you 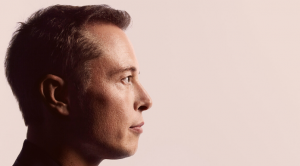 Aside from the fact that both of these individuals may be getting a bit too deep into online Twitter beef, a $1 million bet speaks volumes to each sides’ confidence in their words.

But if you think the $1 million bets may be taking things a bit too far, crypto trader GCR also hopped in on the action to raise the stakes even higher — 10 times higher.

Sure, fund @cobie ‘s wallet and I will match

And once again, Kwon seemed to have no problem matching GCR’s wager either. All of the sudden, Kwon now has $11 million on the line for his protocol’s long-term success, slated for March 14th, 2023.

According to Kwon, he’s “not in it for the money,” and regardless of the outcome, he says that he will donate $1 million to Angel Protocol Charity and spend another $1 million buying up Terra altcoins for the sole purpose of burning them. I’m sure Terra altcoin holders liked the sound of that.

The escrow in the middle is none other than Cobie, of course, being one of the most trusted names in the space.

Hmm, this wager is giving flashbacks to a similar bode of confidence from another crypto founder…

What This Should Remind You Of

Gents, if you are reading this, this is your Sam/coinmamba moment. Do not fuck it up.

If (understandably) weary of longing luna at this point due to broader market dynamics, at least take advantage of anchor protocol.

If you’ve been around Crypto Twitter for some time now, you may recall the infamous tango between trader CoinMamba and FTX founder Sam Bankman-Fried in January 2021, when the crypto exchange founder told Mamba that he would buy up all the Solana (SOL) that Mamba had to offer, when the price of SOL was trading at just $3.

Sell me all you want.

Then go fuck off.

At the time, no one knew what would unfold for the now top-ranked smart contract platform. But I think the SOL price since then should clear up any confusion as to who won that bet.

LUNA has been rising on the back of the ever-important decentralized money narrative. In recent weeks, Terra began flying from the announcement that the Luna Guard Foundation would be buying up $1 billion worth of Bitcoin (BTC) to use as a reserve for Terra’s decentralized stablecoin, UST. Kwon envisions his stablecoin breaching through the DeFi crowd and making its way onto the mainstream stage, and it appears he already has some headway in that lane after partnering with the Washington Nationals.

The only question now is: will LUNA follow the same trajectory as Solana over the next year, or is Kwon’s bet in Terra just peak euphoria masked in over-confidence?

You’ll have to decide where Do Kwon is at. 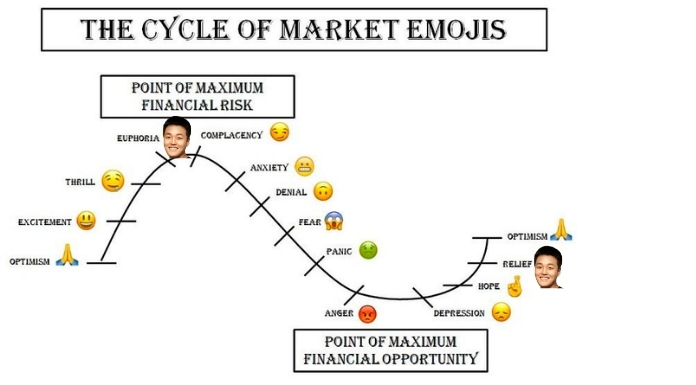